For tax purposes, an alien is an individual who is not a U.S. citizen . Aliens are classified as nonresident aliens and resident aliens. Publication 519 will help you determine your status

and give you information you will need to file your U.S. tax return. Green card holders are considered the same as citizens in most circumstances and normally must file the Form 1040 as a would a citizen.

Many nonresidents are sellling products through Amazon or other on line companies and due to inventories, etc. would be deemed as subject to US  income tax on their Sales through this companies.   These rules apply even though the nonresident may not have an permanent business establishment in the US.  If the nonresident has a US Agent this can sometimes cause them to be deemed to have a tax situs in the US.

Nonresidents are taxable on their sales of US real properties. Also should the nonresident individual owner die, the value of the US properties are subject to US estate taxes if the fair market value of the property of the date of death exceeds $60,000.  There are tax strategies available to avoid the US estate tax.

US Interest and Dividend income is usually taxable to nonresidents, though US capital gains from the sale of US stocks in the stock market are not taxable.

If you are a US nonresident that needs to file their US income tax return for 2019 or earlier years, we can prepare that return to provide you with the optimum tax results. DOWNLOAD OUR TAX QUESTIONNAIRE AND RETURN TO US FOR A FEE QUOTE
at January 09, 2020 No comments:

IRS PENALTIES THAT APPLY TO NONRESIDENTS MOVING TO THE US AS PERMANENT OR LONG TERM RESIDENTS. 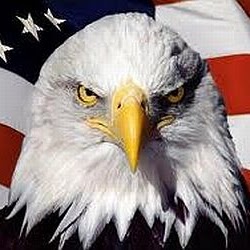 There are two IRS penalties that we think are particularly troublesome for nonresidents moving to the US and trying to adapt to the US tax system which will tax their worldwide income and cause them to report their foreign assets and gifts sent to them  from abroad.

2. The second example is failure to report foreign financial account by filing a Report of Foreign Financial Account (FinCEN Form 114). The "non-willful" penalty is $10,000 per account per year for up to six (6) years. The penalty for a "willful" failure to file an FBAR is the greater of $100,000 or 50% of the High Balance in the account. That same client who failed to file a Form 3520 may also face a 50% penalty for failing to file an FBAR. Willful has been interpreted to include the failure to report an offshore account on Scheudle B of Form1040.

There are other steps you should take in advance of moving to the USA including the sale of highly appreciated assets located abroad to avoid paying US tax on the gain from those sales. Also, your ownership of foreign corporations ,etc may necessitate a restructuring prior to your US move to avoid unfavorable US tax consequences.  EMAIL US with you questions and for further assistance. 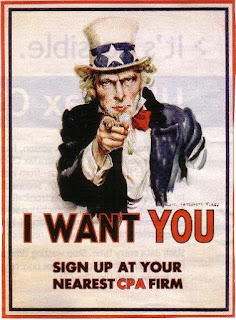 If you surrender your US Citizenship you are required to be current on US taxes and file certain special forms that allow you to take your assets with you and if they are less than $2million not pay any taxes on any appreciation in those assets. Failure to file final returns and file the Form 8854 means you still remain liable for US taxes until you do comply with the IRS procedures.  This IRS requirement is separate from any procedures and forms you fill out when you surrender  your citizenship with the US State Department.

This program if you qualify may result in you paying no taxes at all and having a clean tax bill of health.  Read more about the program HERE

If you want to use this program to avoid possible future huge penalties, taxes and interest we can help.  An ever increasing number of countries are now exchanging ever increasing information with the US IRS and sometime in the future you may have problems if you are not compliant with surrender of citizenship tax requirements. 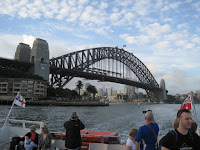 We have assisted hundreds of US Citizens and  Green Card Holders  with the surrender of their legal status. We can help you. EMAIL US HERE FOR MORE INFORMATION  Visit our website at www.taxmeless.com    We are US CPAs and Attorney with over 50 years combined experience in US Nonresident, International and Expatriate taxation.

US Nonresident Tax Consultations with US attorney available by skype, phone and email

A "MINI TAX CONSULTATION" IS NOW AVAILABLE with a US Attorney by Phone or Skype: If you have specific tax questions on your personal situation and need to discuss it with an US expatriate international tax expert, with the protection of  Attorney-Client privilege, you can request a "Mini Consultation."   "Mini Consultation" costs a minimum of $300 US for up to 30 minutes of Mr. Nelson's professional legal tax advice over the phone, skype or by  email from any where in the world. 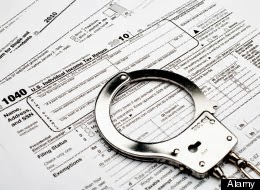 No need to visit his office.  If  you send us an outline of your situation, facts and questions in advance, we prepare in advance and this time is extremely productive and usually resolves all of your questions  within the time allowed. Over 900 U.S. expat taxpayers located everywhere in the world  have used "Mini Consultations" to resolve their tax problems and issues.  US Phone (949) 480-1235. US Fax (949) 606-9627 or we can talk on my skype address dondnelson. Email:ddnelson@gmail.com   Payment can easily be made by credit card, or  paypal, or direct  bank transfer. If your questions or problems are URGENT let us know and we can often schedule it on the same day. Learn More About  How your Mini Consultation Works

If you wish to set up your US business and need help with the tax, and legal requirements, formation of a US corporation or LLC, etc we can help with all of this requirements.

Don Nelson, Attorney at Law has ever 30 years experience with US expatriate, international and nonresident taxation and representing taxpayers before the IRS.  He is also a partner in Kauffman Nelson LLP Certified Public Accountants.  Read more about his background and experience.

The following is an excellent article from The Globe and Mail setting forth  what happens tax wise  with respect to US real property when a Nonresident alien sells their vacation home (and a lot of this applies if they sell a rental property). READ ARTICLE HERE

Email ThisBlogThis!Share to TwitterShare to FacebookShare to Pinterest
Labels: nonresident sale of us real property

Want To Be Paul Manafort’s Cellmate?

One of the criminal charges against Paul Manafort involves his failure to report foreign bank
and financial accounts he controlled.  All such foreign accounts must be reported to the US
Treasury each year on form 114 (FBAR) if the combined highest balances in those accounts
are $10,000US or more.  Paul Manafort appears to have never filed that form and answered
the yes or no question on his tax return asking if he had foreign bank accounts “no.”

If you are like Manafort you too can spend five years in jail and pay a criminal fine of $500,000.
There are also civil fines that can go up to ½ of the balances you maintained in your foreign
bank and financial accounts.

There are several programs that will allow you to catch up with past unfiled foreign assets
reporting forms due the IRS which will reduce or eliminate your financial and criminal
exposure for failing to file the Form 114.  However, like Manafort, if the IRS for FBI discovers
your failure to file before you do try to catch up, you will be exposed to huge monetary penalties
and possible felony charges. Most foreign banks and financial institutions are reporting your
foreign balances to the IRS.  Best to take action now before you get to know Paul better.

Don D. Nelson, is a US tax attorney who has been assisting Americans in Mexico with their
taxes for over 25 years. He offers his clients the absolute privacy provided by
“Attorney client privilege.” His firm has assisted over a hundred expats in Mexico catch
up with their FBAR filings and regular returns   If you have questions or wish to meet with
him email him at ddnelson@gmail.com or his Los Cabos
phone number is 624 131 5228. US phone number 949-480-1235
at March 11, 2018 No comments:

WHEN IS A US NONRESIDENT ALIEN REQUIRED TO FILE A US INCOME TAX RETURN?

(Email us with your questions or for assitance at ddnelson@gmail.com)

If you are an alien (not a U.S. citizen), you are considered a nonresident alien unless you meet one of two tests. You are a resident alien of the United States for tax purposes if you meet either the green card test or the substantial presence test for the calendar year (January 1-December 31).
Certain rules exist for determining the Residency Starting and Ending Dates for aliens.
In some cases aliens are allowed to make elections which override the green card test and the substantial presence test, as follows:
You can be both a nonresident alien and a resident alien during the same tax year. This usually occurs in the year you arrive or depart from the United States. If so, you may elect to be treated as a Dual Status Alien for this taxable year and a Resident Alien for the next taxable year if you meet certain tests. (Refer to section "Dual-Status Aliens" – "First Year Choice" in Publication 519, U.S. Tax Guide for Aliens.)
A resident alien who is required to establish his/her U.S. residency for the purpose of claiming a tax treaty benefit with a foreign country should refer to Certification of U.S. Residency for Tax Treaty Purposes.

We are experts at filing tax returns and tax planning for resident and nonresident aliens. Email us at ddnelson@gmail.com with your questions. We can set up a phone or skype conference to  discuss your situation and put together a US tax plan.
at January 30, 2018 No comments:

Translate to another language